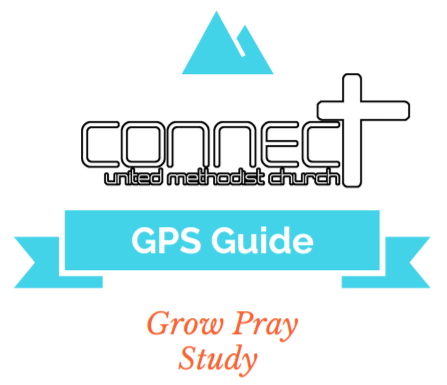 Posted by Connect UMC on
· No Comments

1 “During those days another large crowd gathered. Since they had nothing to eat, Jesus called his disciples to him and said, 2 “I have compassion for these people; they have already been with me three days and have nothing to eat. 3 If I send them home hungry, they will collapse on the way, because some of them have come a long distance.” 4 His disciples answered, “But where in this remote place can anyone get enough bread to feed them?” 5 “How many loaves do you have?” Jesus asked. “Seven,” they replied. 6 He told the crowd to sit down on the ground. When he had taken the seven loaves and given thanks, he broke them and gave them to his disciples to distribute to the people, and they did so. 7 They had a few small fish as well; he gave thanks for them also and told the disciples to distribute them. 8 The people ate and were satisfied. Afterward the disciples picked up seven basketfuls of broken pieces that were left over.” (NIV Mark 8:1-8)

14 When the hour came, Jesus and his apostles reclined at the table. 15 And he said to them, “I have eagerly desired to eat this Passover with you before I suffer. 16 For I tell you, I will not eat it again until it finds fulfillment in the kingdom of God.” 17 After taking the cup, he gave thanks and said, “Take this and divide it among you. 18 For I tell you I will not drink again from the fruit of the vine until the kingdom of God comes.” 19 And he took bread, gave thanks and broke it, and gave it to them, saying, “This is my body given for you; do this in remembrance of me. (NIV Luke 22:14-19)

Study: The creator of the world, the ruler of the universe, chose to “become flesh” and live on earth as a human being. Would you think such a being might have the ultimate attitude of “entitlement,” taking anything good for granted as his by right? Well, we know Jesus didn’t do that. As he modeled what it means to be fully, healthily human, the gospels showed that he gave thanks to God in many different settings. We sometimes call the communion service “the Eucharist,” from a Greek word that meant “to give thanks.” As you read Luke 22:14-19 today, picture Jesus eating with his disciples, with the cross just ahead. On what realities do you think he focused to be able to “give thanks” at that moment? In what ways can you include the strengthening power of gratitude in your prayers, even in hard times?

Prayer: Lord Jesus, thank you for hearing me. I know you always hear me. Help me share that confidence and say “thank you” for it more often in my own prayers. Amen.