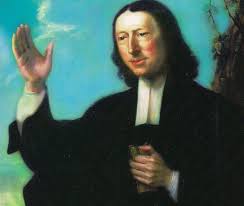 Posted by Matt Austin on
· No Comments

“Repent for the kingdom of heaven is near.”

The kingdom of heaven and the kingdom of God are two phrases for the same thing. They mean not merely a future happy state in heaven, but a state to be enjoyed on earth—the proper disposition for the glory of heaven rather than the possession of it. In this text, it properly signifies the gospel dispensation, in which subjects were to be gathered to God by His Son, and a society to e formed (the Church), which was to exist first on earth and afterwords with God in glory for those who “endure to the end.”

The Jews understood it as a temporal kingdom, but Christ’s and John the Baptist’s demand of repentance, as previous to it, showed it was a spiritual kingdom. It is the peculiar business of Christ to establish the kingdom of heaven in the hearts of men and women. Yet, it is observable that He begins His preaching in the same words as John the Baptist: “Repent!” He thus shows that no wicked person could possibly be a subject of this kingdom, and that the repentance which John had taught still was, and ever will be, the necessary preparation for that present, inward kingdom of righteousness, peace and joy in the Holy Spirit.